President Obama’s executive action on immigration reform announced on Nov. 20 has received mixed reactions from members of the Hispanic community.

His reforms are not historic or very different from what many presidents of either party have passed before him, said Cristina Garcia, deputy state director for young adults for Texas’ League of United Latin American Citizens, or LULAC.

“I’m not extremely happy with it,” she said. “I think the President played it very safe politically, but that’s exactly what it is — politics.”

What you’ve heard from me…

Moments in my life 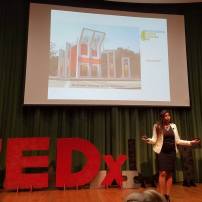